Everybody says “let´s visit the Jewish quarter”. This area is called Josefov and stretches northward from the Old Town Square. But what is Prague Jewish quarter if there is no big Jewish population in this area?

Josefov, known as the Prague Jewish quarter, is an area not populated predominantly by the Jews so technically it is not a Jewish quarter. It is an area where the Jews settled in the late 12th century and later on had to live a ghetto there.

Prague Jewish ghetto was founded with many other ghettos in Europe (and in further centuries) based on the law issued in 1215 at the Lateran council in Rome. Since then the Jews did not have the same rights as Christians. Jews had to live in designated areas called since 17th century ghettos, they could not possess farm land, or they had to wear a Jewish badge. 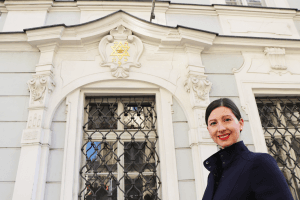 With enlightenment and French revolution plenty of restrictions were abolished. The enlightened Emperor Josef II. (hence Josefov) abolished some and gave Jews some rights such as to study at university in Prague, the Jewish symbol did not have to be worn anymore, or rich Jews could start moving out of the ghetto.

However, plenty other restrictions were abolished with revolution in 1848 and lastly Jews received the full civic rights in 1867 with new constitution. In 1848 the imaginary gates of the ghetto opened for all the Jews and they started moving out. The ghetto started becoming neglected, however overcrowded, possibly an area where any epidemic could start. These were reasons for complete renovation of the former Jewish ghetto. In 1893 a new law was issued and as Vienna and Paris being the leading European cities of culture and architecture, Prague wanted to have a much cleaner, spacious area as these two cities. So the former ghetto, right next to the Old Town Square, was torn down with 260 buildings and the area changed completely.

What is left of the old Jewish ghetto

The only buildings that were left standing were 6 synagogues, cemetery, and old Jewish town hall. This makes the Jewish museum which you can visit. You can join a guided tour to Jewish quarter with Supreme Prague. 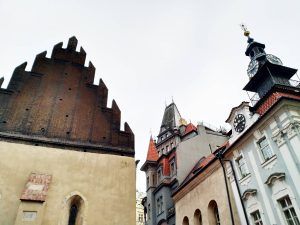 To sum it up, what is Prague Jewish quarter? Technically, it does not exist. There is no designated area mostly populated by Jews. Between 1780s to 1890s Jews moved out of the old Jewish ghetto and this area was completely newly built.