Charles bridge in Prague is number one site to visit. I bet you will walk across it every day of your stay: it is right in the center plus there is always a different atmosphere and nice sky to take pictures early in the morning, at sunset, and at night.

The history of the Charles bridge is continuous for 661 years. It was damaged severely during floods in certain years (lastly in 1890) but it was always restored to look the same. 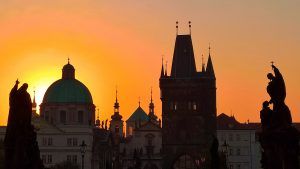 Charles bridge was not the first stone bridge that was built on this spot. The first was Judith bridge, built in 12th century. King Vladislav II saw stone bridges on his journey to Italy and he wanted to have one in Prague as well. His wife, Queen Judith, was controlling the construction, hence Judith bridge. If you want to see the remaining arch of the bridge, take the best boat ride in Prague with Prague Venice.

The bridge was severely damaged by flood in 1342 so King Charles IV replaced with much higher, bigger, and stable bridge. Until 19th century the bridge was called Stone bridge or Prague bridge because it was the only standing bridge in Prague. Charles IV wanted to find perfect day of laying down the first stone so it would stay in Prague for eternity. With help of astrologists he found perfect date and time: 9th July 1357 at 5.31am. The numbers make pyramid of odd numbers. 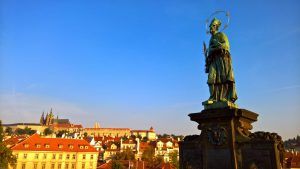 Statue of St. John of Nepomuk on Charles bridge

On the bridge we find 30 statues, mostly erected in 18th century. All are Catholic saints. The oldest statue and the most known and important one is St. John of Nepomuk, a local person who was tortured and thrown into the river from the bridge in 1393. Since revelation of the statue in 1687 people have been coming to the statue to pray and to make a wish.

The youngest statue was revealed in 1938 and was financed by Czechoslovak Ministry of Education. It depicts St. Cyril and Methodius, patrons of Europe. Another statues worth mentioning is Crucifixion of Jesus with three Hebrew words above saying Kadosh – holy. Join our All inclusive tour for finding out more details. 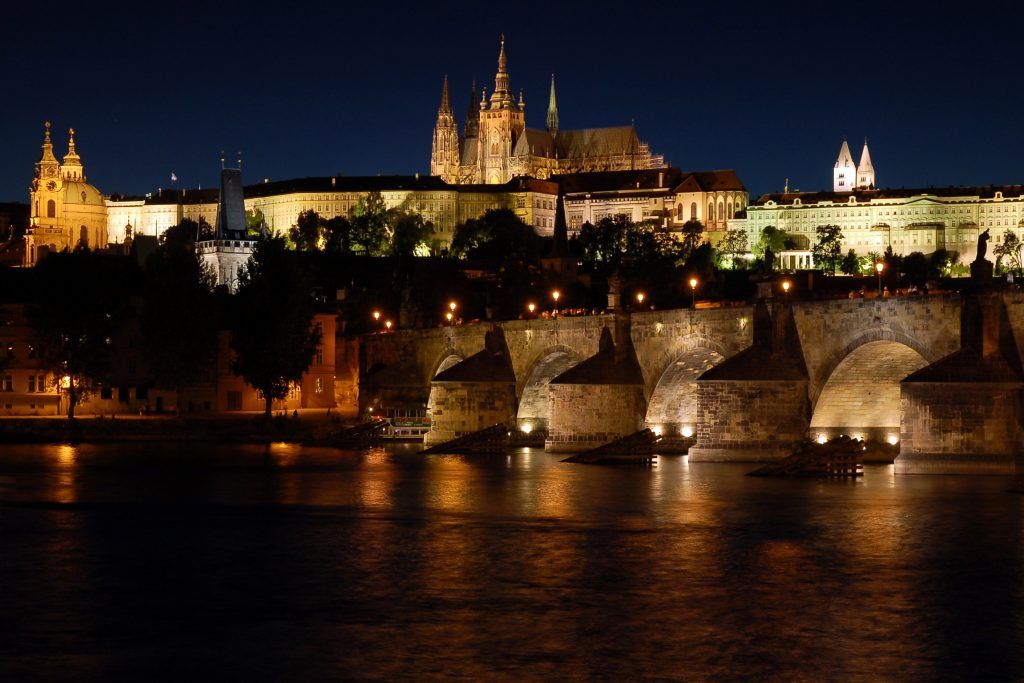